Book review: Norwegian by Night by Derek B. Miller 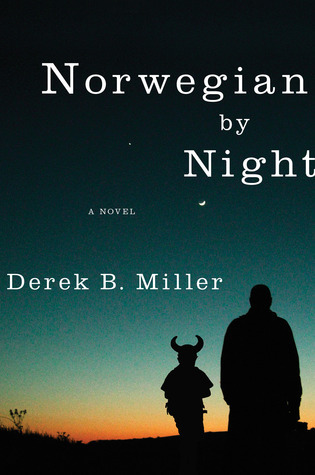 I read this as part of the Read Across Rhode Island book challenge.

Sheldon is 82 and widowed. His daughter and her Norwegian husband have moved him into a room in their apartment in Oslo, because he's begun to say strange things. Like how he was a sniper in Korea. Only since he got back from Korea, he'd told everyone that he was a file clerk.

He talks to an old friend who's been dead for years.

And then he disappears.

When Sheldon lets a woman fleeing from domestic abuse into his apartment with her son, everything changes. Her assailant kicks in the door and kills her. Sheldon and the boy hide, then go on the run, with the police and the woman's murderer both in pursuit.

The book veers back and forth between Sheldon and the boy - who he calls Paul, because Paul doesn't speak English - and Sheldon's past. And occasionally into Sheldon's imaginings of his son's final days in Vietnam.

I liked the way the story switched perspectives, from Sheldon to his granddaughter, her husband, the police detective, the murderer, his friends, without missing a beat. It was never unclear who was thinking.

However, it was often unclear where Sheldon was. His perspective shifted from the present to the Mekong Delta to the landing shores in Korea and his little watch repair shop in New York. It was a bit disorienting, and perhaps gave us a sense of what Sheldon himself was feeling.

The story dragged at times, but was overall solid, and at times poetic.