Book review: De-Witched, the Untold Story of the Evil Queen by E.L. Sarnoff 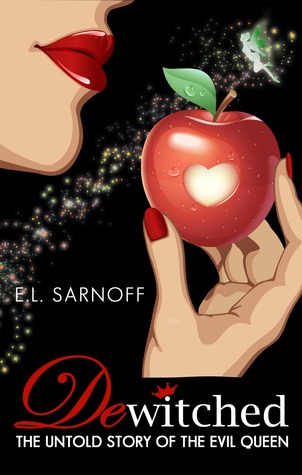 I read this as part of the 2015 Witches and Witchcraft Reading Challenge. It also fits into the Fantasy challenge, and my 101 Things in 1001 Days.

Jane Yvel is the evil queen from Snow White. But her fall from the mountaintop isn't the end of her. Instead, after years in a dungeon, she's sent to rehab.It's her second - and last - chance.

The story is pretty engaging, and the backstory of the Evil Queen forgives a lot of sins - though not the attempts on Snow White's life. Jane meets some interesting characters in rehab, and it's entertaining to learn their backstories, too. The characters are easily recognized from the Disneyfied fairy tales, despite tortured plays on their names.

Sarnoff writes the story as a memoir, in the first person. It's an effective conceit, but I would have liked to see some other perspectives as well. I also found the climax to be a bit choppy.

All together, Dewitched was an entertaining perspective on the Snow White fairy tale. I'd recommend it if you like the fairy tale with-a-twist genre.