I understand her frustration. She'd been really looking forward to going to church all week. I know she's tired and stressed, and this would have been an hour respite for her to commune with God, hear a sermon and be part of a community beyond her two small children. Had she not been so quick on the trigger, I would have taken the children into the nursery for her.

To add to my own embarrassment, the person she dealt with was not only a member of a church, but works in Bear's school. I see this woman a lot.

I could barely speak to my daughter on the ride home from church.

To her credit, my daughter did write a letter to the pastor, outlining her position and apologizing for overreacting. She apologized to me, too.

The rest of the day went pretty smoothly. It was beautiful and we spent some time outdoors. The Bee and I blew bubbles. We had a nice dinner. I gamed for the first time in weeks. It was sporadic and interrupted, but I did get to converse and touch base with friends.

Today is the festival of San Fermin in Spain. It's marked by the Running of the Bulls in Pamplona. Today I'm realizing the growth of my awareness of this tradition. When I first heard of it in middle school, I thought it was kind of stupid. What kind of idiot lets a herd of rampaging bulls chase them through narrow, winding streets?

As I got a little older, I thought of it as badass. Yeah, I wanted to run with the bulls. I wasn't going to get gored or trampled. I might not have been faster, but I was smarter than some stupid bulls.

I went through a traditional phase. I briefly thought that, since it's a tradition, it was kind of romantic.

Now I struggle with the tradition. It's cruel to the bulls and dangerous to the people. Surely there's a better way to celebrate.

Art of the day: 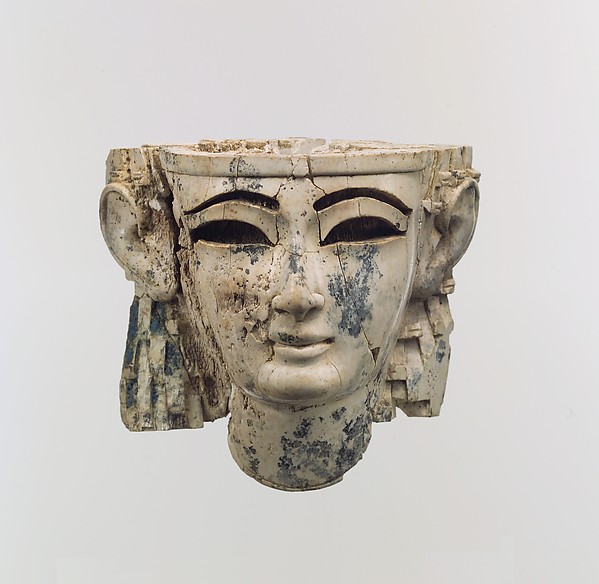 This is the head of a man, done in ivory and Egyptian blue. It's in the Phoenician style, from the Neo-Assyrian period, and from Mesopotamia. Which really doesn't tell us much. But it's elegant work.

Day 7: What I did today
I usually write about this stuff the morning after. That's just when I have time, and I've had a chance to put the day in perspective.

I spent the day in the office, as usual. The three-day weekend made going back to work feel unnatural, but it was a welcome change to get back into a routine.

Forgot to bring fresh milk for my Cheerios, but I did remember to bring the breakfast blend trail mix that I like, so breakfast wasn't a loss. Having M at home means she does the lion's share of the cooking, which means we have leftovers for lunch, which means I'm saving money on buying lunches. Bonus.