Well, yesterday was largely a waste. After work I crashed for the night. I was probably overtired after staying up to watch Game of Thrones on Sunday.

Today's image on the art calendar is an "Autumn Crocus" vase c. 190 by Emile Gaul. 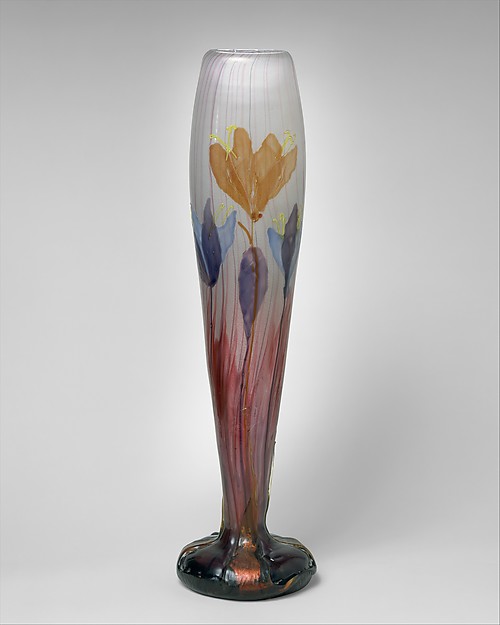 Today's Tarot card is the 7 of Pentacles.
A man stands beside a bush that's flowering with coins. He leans against the handle of a rake or hoe. 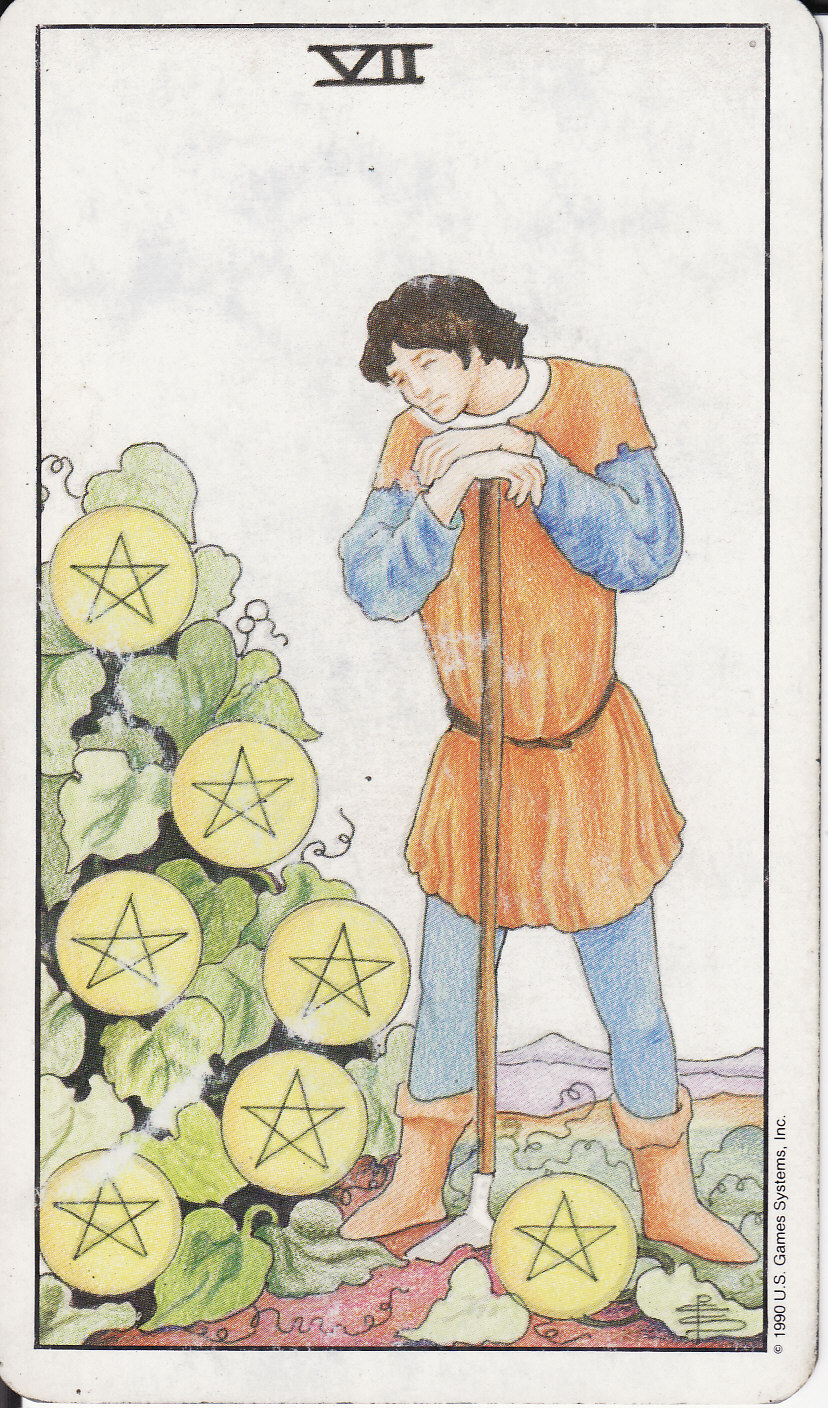 His keywords are assessment, patience, slow progress, learning from experience and competence. His fruits are just about ready to harvest. It's time to take a step back and re-evaluate.

Of note in the world
Those guys who kidnapped more than schoolgirls in Nigeria? Boko Haram. They stormed another Nigerian village and took eight more girls. They're saying they plan to sell the girls. Fifty of the girls have escaped and it may be that two have died. I wonder if there's anything they care about enough that we could hold that hostage until they return the girls. Certainly not their own daughters.

Russia has enacted a ban against profanity in movies, books and music. This on top of other recent restrictions. It's against the law to speak positively about homosexuality in earshot of a minor. They've annexed a neighboring country and are cracking down hard there. I don't want to overblow the situation, but it seems pretty similar to the early days of another restrictive society in Europe.

The governor of Oregon - a medical doctor - saw a woman in distress in downtown Portland and ordered his driver to pull over so he could perform CPR until paramedics arrived.