A number of things happened over the weekend, and I'm just catching up with them all.

Start off with the beautiful: 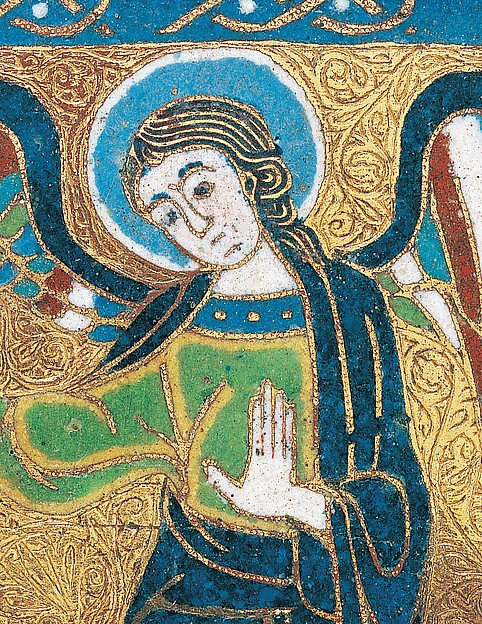 Detail from a plaque at the cloisters. It's enamel and gilt, and was the weekend image from my MetMuseum calendar. It's French, from the 1170s. 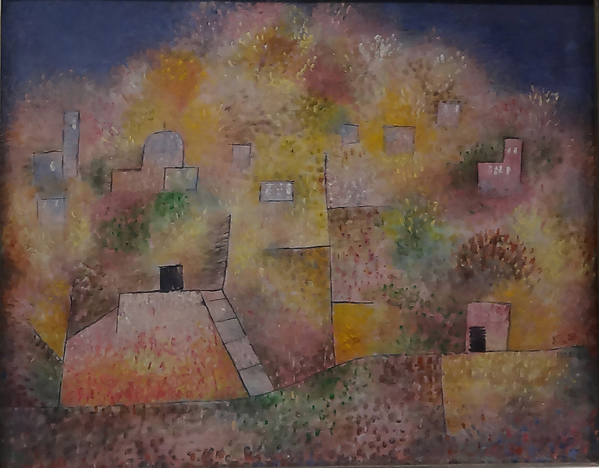 The one above is by German artist Paul Klee, 1925. It's called Oriental Pleasure Garden. I don't know if I like it for what it is, but I like the color. I'd hoped for a better description of the style, but it's just classified as "Modern Art." Though it's almost 100 years old. Also, it's painted on cardboard.

Of note in the world:
1. Shootings at 2 Jewish centers in Kansas City kill 3. Former leader of the KKK is in custody. WTF. Seriously. Just... I don't understand.
2. Last Friday a bus crash killed 10, all on a trip to Humboldt State University, north of Sacramento. The trip was for low income and 1st generation students to get a taste of the college experience. The bus was struck by a FedEx tractor trailer.
3. Yesterday was Palm Sunday, which seems to have gone largely unnoticed.
4. Oh, and this. Best. Judge. Ever. Today's Tarot card:
Five of Swords from the Ryder-Waite deck.
A young man stands with three swords in his hands. Two lay on the ground behind two other men, who are in the distance. One appears to be crying. The sky is partly cloudy

Represents victory, potency, and ample preparation or confidence. Wikipedia calls it the "defeat card. Could be a beacon of hope or dire warning.
I guess everything depends on perspective. The 5 is the defeat card if you're one of the guys in the background It's the victory card if you're the guy in the foreground. Our perception depends on our position.

Today I'm grateful for:
1. Dinner with my friend
2. More beautiful weather
3. Yummy breakfast casserole that my coworker brought in to share.