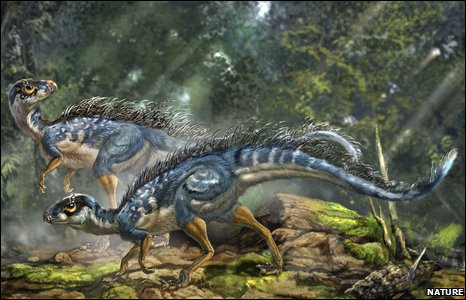 The discovery in China of fossils appearing to have fur or bristles has changed the thinking on scaly dinosaurs.

The BBC reports on the new discovery to be published in the journal Nature. "Previously, experts thought the first feathered dinosaurs appeared about 150 million years ago, but the find suggests feathers evolved much earlier.

This has raised the question of whether many more of the creatures may have been covered with similar bristles, or "dino-fuzz"."