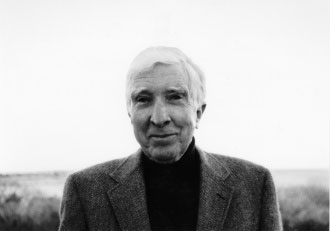 Author John Updike died on Tuesday in Massachusetts. He was 76. He was a prolific writer (50 books in 50 years) and a well-respected one. Updike won nearly every prize for literature that there is, including two Pulitzers.

I've never read his work, although it's not for lack of availability. I'm going to have to give his "Rabbit" series a try.
on Wednesday, January 28, 2009

Email ThisBlogThis!Share to TwitterShare to FacebookShare to Pinterest
Labels: obituary